Capital > Lifestyle > Holiday villages, adventure parks and relaxation. Tourists want them all in one place

Holiday villages, adventure parks and relaxation. Tourists want them all in one place 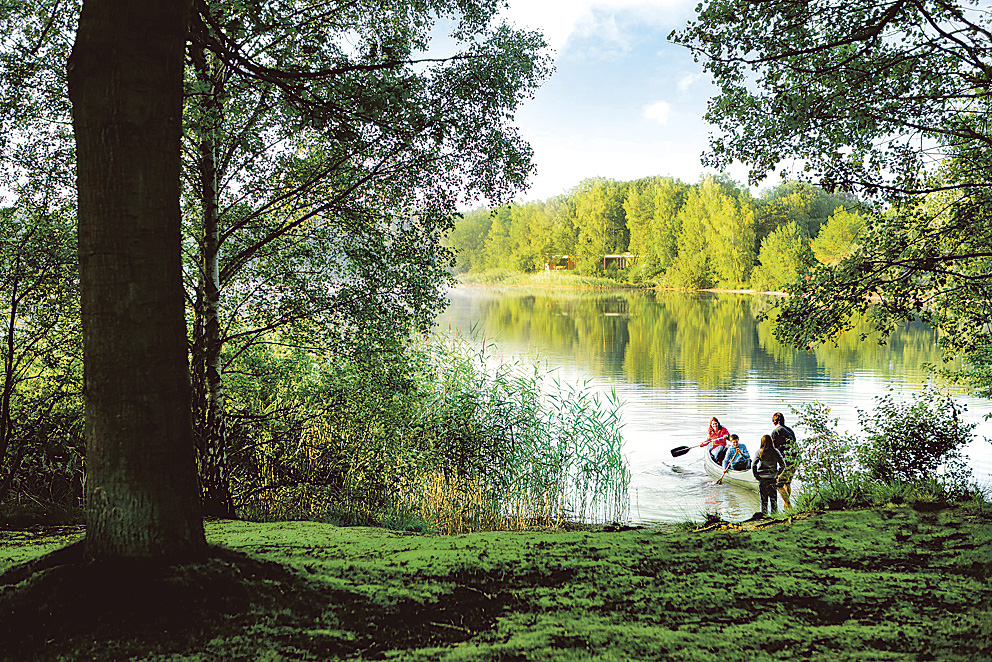 The cabin is well hidden among the high trees, with all sorts of creatures moving around. Built in straight lines and neutral colours, it almost gives in the confort on the inside: an unexpected passage from wild to modern, and the other way around. At least, that is the experience you have after you entered one of the Center Parks. It is the first step of the holiday that you paid for in advance. And if you book off season, there is a 20% discount for the whole package.

“A little over 500 euros for four nights, all facilities included, in a four-star chalet”, says Philippe Mathieu, a 41 year-old Frenchman, who brought his family in De Kempervennen, 150 km away from the Amsterdam airport, in the Netherlands. He has two kids, Alain (5) and Vanessa (8), and every year they spend 4-5 days in one of the 20 “Center parks” in France, Belgium, The Netherlands or Germany, a new concept of holiday in the very middle of nature.

This is not a new idea with Western tourists, especially with families, and now it started to gain some ground amid Romanians too. Say you have a few tens of millions of euros’ budget and you buy either a forest or a park, you are extremely careful not to mess anything up, you carefully build among trees. You turn it into a holiday village, always keeping an eye on safeguarding the green areas. Then you promote it to tourists. This is how such a holiday village is born at first sight. But things are far more complex. It is a project which takes a great deal of supporting, from all sides.

Moreover, the Center Parks were conceived so that they accommodate tourists durig the winter too, and inside they have huge greenhouses, at a shelter from low temperatures, with “Aqua Mundo“ and all sorts of sports activities and shops where tourists can buy whatever they please. “This holiday concept is new to the Romanian market. But knowing the success it has had in other European countries we believe it should have a significant impact with Romanians. Family tourism is slowly moving away from the classical sea holiday“, say the representatives of Christian Tour.

According to them, the prices of packages are very different if bought in advance than when tourists choose to buy one reaching their destination. “The most decent-priced packages are the Center parks in Belgium and the Netherlands, with accomodations in chalets and four-star bungalows. For such a holiday, the prices start from 16 euros a person a night, and the stays are around 7 nights and include access to a lot of activities, such as aqua parks or playgrounds“, they add. The tour operator also takes into account organizing school trips to such destinations. Of course, you also have five star hotels and cabins, where a seven-day stay costs 450-500 euros. One thing worth mentioning is that for now, at least, the Center Parks product is sold exclusively by Christian Tour.

These parks have been built in very accessible areas, usually close to airports.  For instance, De Vossemeren and Erperheide in Belgium are an hour and a half’s drive from the airport. Such is the case of the De Emhof Park in the Netherlands, 80 km away from the Amsterdam airport. You could say it targets several categories of tourists,  due to the Marina De Emhof, on the shores of Eemmeer Lake. Luxury condos have been built here with a view to the yachts.

Christian Tour representatives are certain that the product will be popular among Romanian tourists, although, in general, as far as adventure parks go, Romanians would rather choose the best known places in Europe: Disneyland-Paris, Adventure Park – Costa Dorada, Gardaland – Verona.

Fees for activities: How much would the sports activities cost for one person in DeEmhof, a park 80 km near Amsterdam?

Te-ar putea interesa și
Announcement regarding the selection of candidates for 7 positions of members of the Board of Directors of S.N.G.N. ROMGAZ SA
Real estate investors place their bets on luxury again
100% Natural and organic food business is trendy