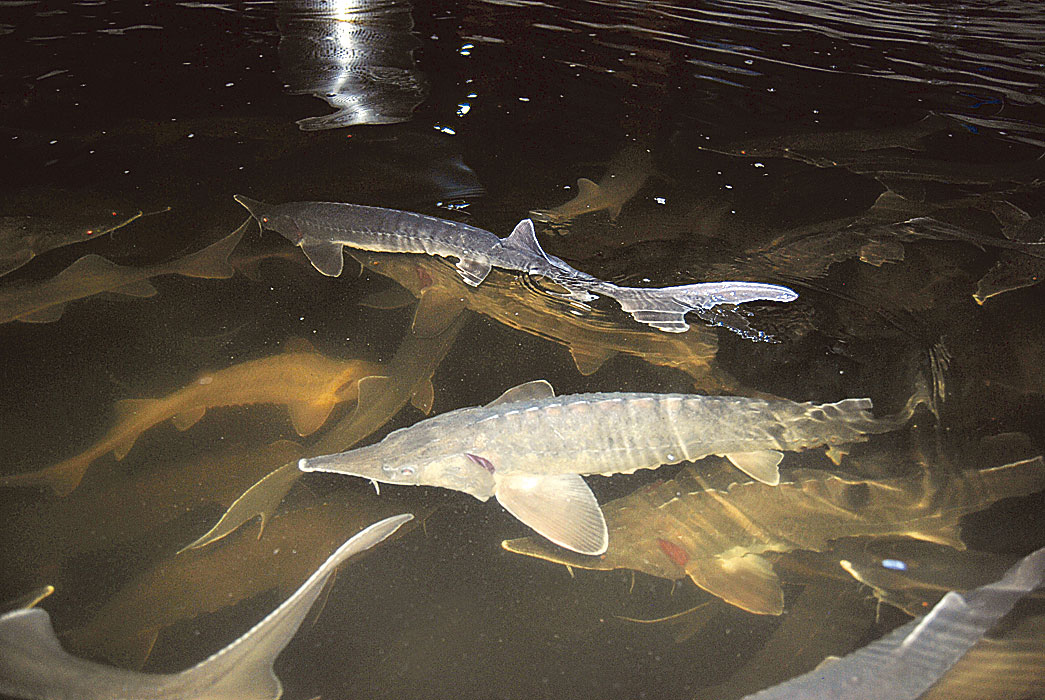 Entrepreneurs in the fish farming business look to foreign markets for better profits, as the consumption in Romania reaches new lows.
Ultima Oră

The average Romanian eats around 4.5 kilos of fish meat annually, which is approximately five times less than the 20 kilos European average. The countries with the highest fish consumption rates are Portugal and Spain, where a person consumesan average 40 kilos a year. Fish farming specialists believe there is a culturally-embedded reason for this, as the Romanians lack a tradition of fish consumption. The public is even less informed about delicacies such as caviar or mollusks.

In Dichiseni, Călăraşi, Marius Zainea established a sturgeon farm to produce caviar. After he studied between 2007 and 2010 how caviar is actually produced, he accessed a European funded project of 11.8 million lei in 2011, out of which 60% is non-returnable. ‘In 2011, when I accessed the project, no Romanian bank would help us. We succeeded later, but it took us nine months until we could obtain the loan,’ says Zainea. The young entrepreneur anticipates that his investment will ultimately pay back in five or six years, because sturgeons only become productive in five years, once they reach sexual maturity. ‘In March, we bought sturgeons, but we can sell the males’ meat after three years. We must wait for another two years for females to reach sexual maturity, so that they lay roes,’ told us the young entrepreneur. He expects that by 2019 he will have a yield of 130 kilograms of caviar, which he plans to sell abroad through a firm he owns, Zarada Tour.

At this point, the young entrepreneur is negotiating with the Swedish Commerce Chamber to sell his first yield. The price for one kilogram of caviar varies between 400 and 3,000 Euros. But there is an even more expensive caviar variety: for example, the white roes, also known as ‘diamonds’, that a beluga of 100 years old lays. This caviar is sold in Iran in 24 carats gold boxes at a price of 30,000 Euros. The sturgeon fish farm is in fact an industrial hall of 7,650 square meters, where 39 breeding pools have been built. Each such pool can accommodate 740 fish, which can weigh up to 13 tons.

Besides this project, Zainea wants to access three other European funded projects. The most important is the one linked to the lowering of electricity consumption. ‘At least 60% of expenditures are on electric power. The monthly bill reaches 20,000 lei, and through this project we can reduce these costs to as low as only 3,000 lei,’ Zainea told us. The project is worth 280,000 Euros, out of which 60% is non-returnable. The other two projects refer to promoting the products and building a processing unit. The value of each project is 200,000 Euros.

The only processing unit of mollusks in Romania

Together with her husband, Alina Constantinescu has built the only processing unit of mollusks in Romania: sea snails (rapana venosa) or clams (scapharca). In six months, they have built a plant of 777 square meters, with an investment of 250.000 Euros, out of their own funds and through bank loans.

For the plant’s equipment, the couple accessed a European funded project of 5 million lei, out of which 2.5 millions are non-returnable. The small plant in the 23 August village exports its yield almost entirely to South Korea, only 1% of it ending up on the local market.